You may have never heard of Myofascial Decompression (MFD), but you have probably seen it. You might recall seeing Olympic Gold Medalist Michael Phelps with bruises in perfect circles around his back and shoulders during the 2016 Olympic Games in Rio De Janeiro. Even though the art of cupping has been traced as far back as ancient Egypt, it was popularized in athletics after Michael Phelps displayed it on the world’s stage (similar to Olympic Gold medalist in Volleyball, Kerry Walsh and Kinesiotape). Oftentimes, people do not understand the difference between “Cupping” and “Myofascial Decompression” so let’s dive deeper.

As you can see, there are differences from the traditional cupping by an acupuncturist and myofascial decompression by a Physical Therapist. Both can be effective, but have different ideologies and methodologies of its use.

One of the questions often asked is, “How does it work?”  The analogy I usually give is that most massages are compressive in nature. A clinician’s hands are pressing downward into the tissue to relieve the tension. MFD is the opposite. Instead, it takes the different layers (skin, fat, muscle, bone) and separates them from each other (traction). This traction of the tissues can lead to release of tight muscles and trigger points, decrease the viscosity of the ground substance (the gel like substance that surround our cells), bring blood to the area, release endorphins and act as a distraction to assist in improved pain and function.

In physical  therapy since the treatment is also active we incorporate neuromuscular retraining and exercises that help to capitalize on the benefits of the cups.

I have found that this therapy has been extremely helpful for patients who have had stubborn tension/knots that are “always tight,” post surgically when scar tissue is tougher to break up, and especially with addressing areas of pain and tension that have not responded to traditional therapy.

Have more questions? Come in to Thrive Integrated Physical Therapy for a consult to see if this would be a good treatment option for you.

Currently Jari Haile DPT, OCS, ATC, PES and Tamar Amitay, MS, PT both utilize Myofascial Decompression as a form of therapy at Thrive. Schedule an appointment and find out more about this efficacious therapy. 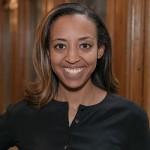 Jari Haile, DPT, OCS, ATC, PES, is able to pinpoint faulty mechanics and movement patterns that contribute to pain. She incorporates skilled manual therapy to elongate shortened tissues, stretch tightened muscles, align the spine and decrease compression on the body’s joints. She then taps into the body’s neural pathways to “retrain the brain” how to move properly and finally break the pain-producing cycle. 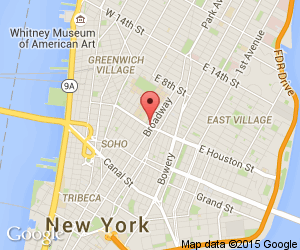